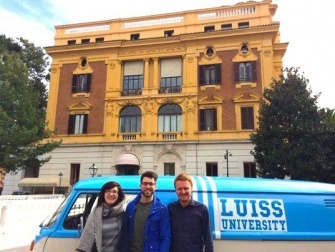 I recently spent around 6 weeks living in Rome as part of a student exchange program with LUISS Business School. I chose this university as they have a Master in Energy Management course which is the field I want to work in upon graduation from NUCB. Overall the university was fantastic, with great facilities, professors and students. The exchange program coordinator Yulia was incredibly helpful and generous with her time and made sure I settled in well. The two courses I took were Power Utilities and Technologies for Energy which I benefitted from greatly. 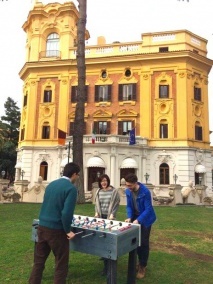 Here I am pictured with two of my classmates, with the main building in the background. To my right is Valeria from Rome, and to my left Mathieu from France. Valeria has travelled to and has a keen interest in Japan, so we had a few conversations in Japanese to practice. Mathieu is a nuclear engineer and was particularly helpful in class with such topics. The campus (called Viale Pola) is beautiful and it was a pleasure going to class each day. It was a very social culture and I had dinner and drinks with my classmates on a number of occasions. I met a few students from Luiss who will come to NUCB later in the year. We spent time together talking about Japan and I gave them some advice as to what to expect with the culture and student life at NUCB. They are all excited and very much looking forward to coming to NUCB! 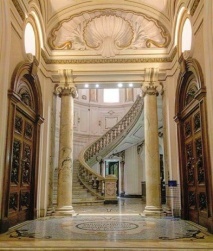 The above photo was taken near the entrance of the university with the main building in the background. I feel the football table was very symbolic of the rich Italian culture experienced on campus. The coffee shop was always busy and was a great place to socialize with fellow students.

This is the breathtaking entrance to the main building （above photo）. The campus was a former villa owned and used by family members of Mussolini.

The university has electric cars and bicycles for use by students which I think is a great idea.
With students having to regularly commute between LUISS’ various campuses around Rome, these modes of transport are especially attractive. Furthermore, the cars are fully electric and are being charged in the photo. This means that they are are environmentally friendly and have no carbon emissions. This is a great initiative and possibly one which NUCB could consider implementing. 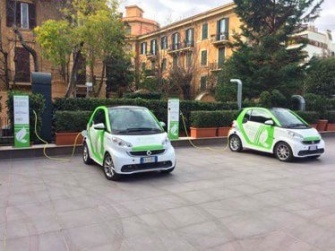 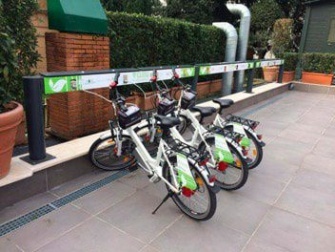 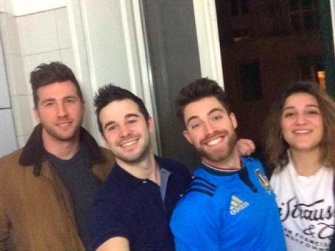 I really enjoyed living in Rome and found a nice apartment not far from Luiss. I lived with one Austrian and two Spanish students who attended different universities around Rome. They introduced me to many of their Italian friends and we had countless nights having fun Italian wine and mozzarella which was delicious! 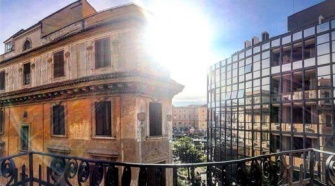 This is the view from my bedroom balcony. Unfortunately being winter it was quite cold and
I did not use it much, but towards the end of my stay the weather became quite warm and I enjoyed the view very much. 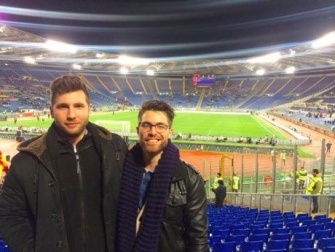 As I am a big fan of sport, I attended both a Rugby（Italy vs Wales）and Football（AS Roma vs Fiorentina）game at Rome’s Stadio Olympico. The above photo is from the football game which AS Roma won 4-0. The atmosphere was fantastic and it was great to be surrounded by so many passionate Romans! 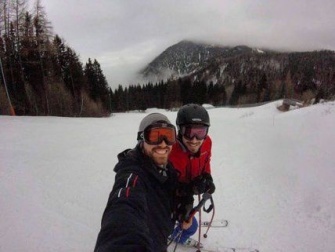 During my stay I took a short trip to visit former NUCB classmate Sebastian Schwelle in his native Austria. It is a beautiful country and had lots of snowfall in the time I was there. I had a great day with Sebastian at a local ski resort which was only a few hours drive from his house just outside Vienna.

Luiss are currently building a new business school campus called Villa Blanc which will open to students in April 2017. I was lucky enough to visit and have a tour of the campus and it is absolutely beautiful. It was build entirely from the ground up, but re-uses old materials from an old villa building which was previously on the site. This gives it a unique feel and is a blend of historic and modern architecture. 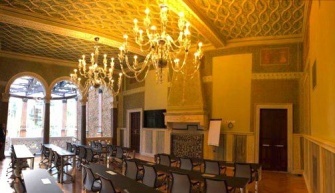 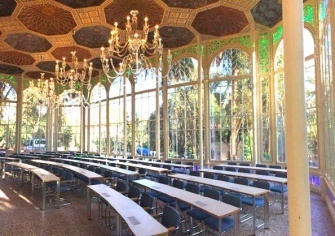 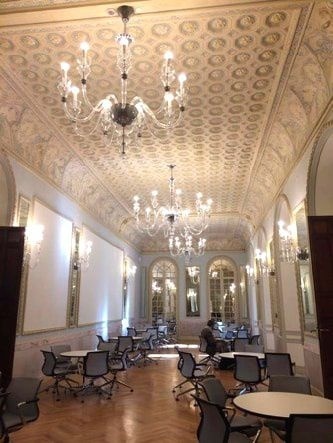 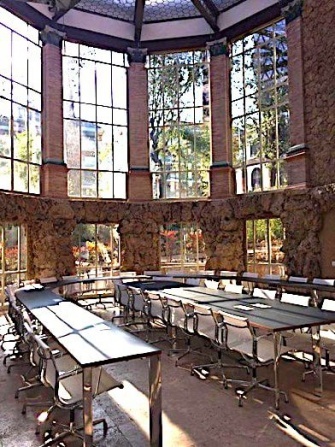