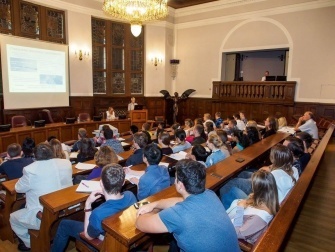 I participated in Summer Negotiations at Zagreb school of Economics and Management (ZSEM) from Aug 20 to 28 2017 in Croatia by getting the recommendation of NUCB Business School. The topic of this course was “Cross-Cultural Negotiation and Dispute Resolution”. The lectures were given by Professor George Siedel from Ross School of Business of the University of Michigan. Professor Siedel served as a Visiting Professor at Stanford University and Harvard University, a Visiting Scholar at Berkeley, and a Parsons Fellow at the University of Sydney.

He has been elected a Visiting Fellow at Cambridge University's Wolfson College and a Life Fellow of the Michigan State Bar Foundation. As a Fulbright Scholar, he held a Distinguished Chair in the Humanities and Social Sciences. This course consisted not only of classroom lectures but also of field experience such as visiting real companies and after-school recreations which encouraged cultural exchange.
60 students were in the class and the majority of them were full time student of Ross School of Business of the University of Michigan, however, a good number of students were from overseas.
They were mainly from European countries; 5 students were from Germany, 5 students from Croatia, 1 student from Spain, 1 student from Slovenia. Others were from other regions, Canada and Aruba. I was the only person from Asia.
The class was consisted of lecture part and exercise part. In the exercise, students practiced negotiation and got feedbacks from practice partner so that we could reflect the new idea to the next negotiation. 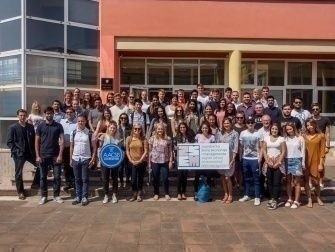 This program was a great opportunity for me to learn how to facilitate negotiations and reduce disadvantage of a non-native English speaker by making use of effective negotiation process and identifying the mutual gain. Through this program I found other students both from America and other countries much more active than I was although I consider myself a positive, active person. I learned a lot of things from their powerful altitudes.