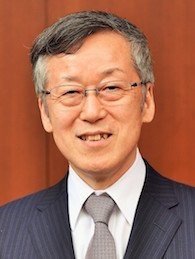 Dr. Harada is one of the eminent economists in Japan. He began his career at the Economic Planning Agency of the Government of Japan, and served as director in several divisions of the agency. He was the Vice President of the Policy Research Institute, Ministry of Finance, a Chief Economist, and a Senior Managing Director of the Daiwa Institute of Research. Prior to his joining NUCB Business School as a full professor in 2020, he served as one of the members of the Policy Board, Bank of Japan. He is the author of more than 60 books and numerous papers in refereed journals. He received a Ph.D. in Economics from Gakushuin University in 2012, a Master’s degree from the University of Hawaii, and a Bachelor’s degree from the University of Tokyo.